Today the ‘Budget Speech’ is being presented in parliament: 5 things you should know

about 6 years ago by Manthri.lk - Research Team under in Analysis The Appropriation Bill presented to parliament each financial year is what we commonly refer to as the budget. This Bill is more significant than a regular Financial Bill; it is a statement that outlines the fiscal policy direction of the incumbent government. As the budget determines all government spending for the next year, it is the most important annually recurring process that takes place in parliament.

1.         The Appropriation Bill is taken up for debate in parliament according to a first, second and third reading. Voting on the bill takes place in two stages: first after the second reading and then after the third reading. After the final vote, the speaker makes an announcement in parliament to confirm whether the budget has been approved or rejected. Thereafter, once the speaker places his signature, the bill becomes law (Appropriation Act). This year, the budget speech (second reading) will take place on 10th November, the debate on the second reading will begin on the 18th November 2016 and the vote will take place on 10th December.

2.         The “second reading”, commonly known as the “budget speech” is tabled in parliament by the Finance Minister. The debate that takes place after the second reading can last up to 7 days. During this period, areas such as ministry allocations, taxes and customs duty are debated.

3.         The “third reading” is also referred to as the “committee stage”. At this stage, the entire parliament becomes one committee and any amendments are then presented and adopted to individual paragraphs of the Appropriation Bill. This process takes place within a span of 20 days.  This year, the debate on the third reading is scheduled to begin on the 3rd of December and the voting will take place on the 19th of December

4.         A notable distinction from the common practice of dividing time equally between the government and the opposition is that during the Appropriation Bill debates, more time is allocated to the opposition.

5.         As per Article 48 (2) of the constitution, if the budget is not adopted by a majority, the cabinet is dissolved.  If the budget does get adopted by a majority, it ensures the stability of the government in the next financial year. As a formal end to the proceedings, both government and opposition parliamentarians meet over a traditional tea party before dispersing. 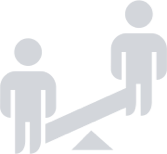